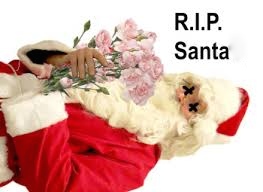 I’m in Rhode Island and the temperature has not ventured above the point of freezing since I landed. I actually have to work myself into the right frame of mind to go from the door to the car waiting at the curb. I’m wearing Uggs in my hotel room with the heater set full speed ahead. I’m drinking iced coffee because I don’t like how it tastes hot anymore. It’s sabotaging the effort.

School is out. I’ve been to the gym already. I don’t have to leave here until 9:30 PM. This is heaven. I ordered room service and played online for hours. I can’t remember the last time I was able to relax without worrying about what needed to be finished or started or what I’d forgotten to finish or start. Yesterday I made it to the mall and brought back 4 books. Books are like video games to me. I can’t wait to get home to start them and I will only stop when I have beat them or been forced by basic needs such as food and sleep and sex to put them down, briefly.

Today was too cold to make it back to the mall, despite the fact that it’s a 5 minute shuttle ride from the hotel, curb to curb. I substituted with Amazon shopping from the warmth and comfort of my own computer. You could say I went overboard. I transferred it all to the wishlist instead. It was like binge shopping and purging. I might have a disorder now.

I caught up on news. There is an asshole group trying to harass women seeking abortions by forcing them to fill out surveys that would be available online. They want to know age, race, marital status, and reason for aborting. Supposedly it will deter abortions and unwanted pregnancies. Kinda like abstinence only programs.

There is still a war in Afghanistan and still people who think we’re doing this because we represent good against evil and it’s our job to ‘police the world’. They all happen to be American.

And the most dividing incident of the day was a christmas display in some random guys yard. He put Jesus in a pretty malicious looking white robe with a shotgun and a dead Santa at his feet. As far as I’m concerned this sounds like a pretty normal continuation of the bible stories. You’re either a martyr, the victim of a murder, or taken at the hand of god… and Santa got all three. They weren’t kidding about that jealous god bit.

That’s not the point though. The point is that this is on CNN right next to a war and the weather reports. There are the people who think he’s right to do this because Santa has stolen Christmas from Jesus. One more time: fully functioning adults are claiming that one cultural myth has stolen the attention of the masses from the other. Then there are the normal people in the neighborhood with kids who are upset that their kids have to witness this bizarre profession of faith, or find out the hard way that there’s no Santa, at least not anymore, because he’s dead on their neighbor’s front lawn. But hey, I believe in free speech. Without that handy clause in the constitution I would be out of a job.