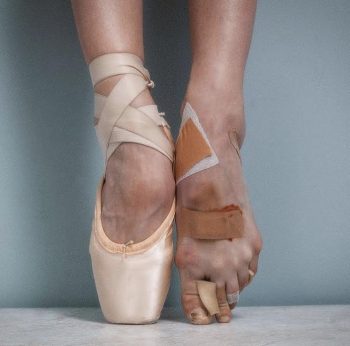 Look at it this way: you happened across this writing by some stroke of chance. I hope it enriches your life in some small way. Not a large one, of course. But perhaps this blurb will serve as a little blip skyward on the greater graph of your day.

Consider this: there are many, many days ahead. Some come down the pipe a little smoother than others. Every once in while a day will come along that will inspire you to sing freely in loose clothing from the highest crests of sunlit hills. The hills will be a grassy hill, of course—magnificently grassy—as grassy as any pasture of the gods. They will be grassy with the kind of grass that allows you to dart joyfully in all directions on just the tips of your very bare feet.

And then some days will come along that appear to be actively at the task of unraveling the very fabric of your self. They are days without green. They are the lowest depths of days, the trench-in-the-ocean days, the days with walls of gray. They will pull your heels to the floor and turn your mouth down. But most of the rest of your days will land somewhere in-between.

Those are the days that make you most ordinarily human. Those in-between days. And the grassy hill days are great—just great—they bring out a really bright side of you. They can easily bring out your best, especially as best might apply to your singing voice. They make you tall. They make your mom proud. And the unraveling days are shit—just shit—they can bring out your worst. They’ll make you tiny and dark, make you curse like the British. But they’re not the normative days. They’re not the factors that contribute the greatest weight to the sum of yourself. They are exceptions. They are superhero-and-nemesis days. Black-and-white days. Tom-and-Jerry days. They are absolutes. You are the person that spans strung between the extremes of those two ends. You are the balance that is there in the middle, hovering just above water and trying to make sense of a glass that if half empty must also necessarily be half full, and at the same time understanding that a simple set of metaphorical semantics does no justice whatsoever to the condition of living these strings of days as an ordinary everyday human being, strung along too.

Really I want you to look at it this way: this blurb is for the in-between days. The ordinary human days. For the days when the coffee was bad but the barista remembered your name. It’s for when you remembered the barista’s name too. It’s for mixed metaphors and missed connections. It’s for perspectives. It’s for little kindnesses even in the littlest of lines. For eye contact with your equals. It’s for smiles at strangers because they share your street. It’s for the strangers who don’t share your street. It’s for sharing the street—with joggers and bikers and pedestrians and other cars. It’s for benefit of the doubt—yours and theirs. It’s for when nothing moves fast enough to really move you but it won’t slow down enough to let you stop. It’s for treadmills and runarounds and revolving doors. It’s for proverbial doors closing and windows opening, and vice versa. It’s for the person you are behind closed doors when the doors are ordinary too. It’s for necessity being the mother of invention and for the beauty being in the flaw. It’s for freckles. It’s for accidental successes and mundane progressions. It’s for the smallest things leading sometimes to the greatest things. It’s for the courage it takes just to exist through those smallest things: The hallways and the stoplights, the waiting lists and the waiting rooms. It’s for interims and impermanence—for the little sparks of life that exist in those spaces. It’s for the acme of living as an ordinary human on those days when some stranger’s blurb appears on your screen to remind you that most of your life will be ordinary too, and then somehow the act of that small destruction makes the piece.