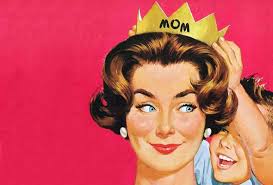 My mother is in town for a short weekend and while she’s already leaving tomorrow, her presence will remain in the form of slightly unbelievable stories and a large gaping hole in my pocket.

I felt the need to use the word gaping to foreshadow the gray zone of inappropriate that we’ve been operating in since Friday. I’m of course referring to the fact that she’s requested residuals on my ass because I got it from her. She doesn’t use the word residuals though. Residuals would be measurable. Instead she just says that I owe her, big time, and will forever and ever and ever. That cannot be capped.

She also requested a tattoo last night. A green and gold angel with nice boobs and pretty hair that blows behind it and looks powerful. She said she’d draw it for me. I drank more wine. She said angels are powerful. I said so were fairies in Disney movies, what’s the difference. She said the difference is that angels are real and Gabriel was gonna kick my ass.

While it was fantastic and spawned perhaps the most memorable home video of all time the last time I got her drunk (and filled her request for a belly button ring), I don’t think she would forgive me for doing the same with a tattoo. Those things are pretty permanent in my experience. Plus I don’t like the idea of a sexy religious fairy as my mom’s guardian angel. If the tattoo actually found it’s way onto her body it would be proof in itself that guardian angels do not exist.

Breakfast went relatively smooth. I thought we’d cleared up ‘vegan’ last night when she told me how great her scallops were and that she especially liked when she ate vegan like this because it was healthier. I pointed out that her scallops weren’t vegan, and neither were anyone else’s because there is no such thing as a vegan scallop. But today as she took the first bite of her omelet she told me again how great it is to eat vegan like that. I made the obvious point about how eggs come from chickens and vegan means no animal products before throwing that set of premises into the if-then machine and forcing her to admit that those eggs also could not possibly be vegan. I’m beginning to think she’s really just trying to tell me how great it is to eat only organic….

I let her drive my car home from there. She always loves my cars. As she pulled onto the first street my heart jumped into my throat so I was momentarily mute when she asked why the road was so weird.

The road was weird because she was driving on the fucking sidewalk.

We had a good day today though. We went to Santa Monica and rode bikes down to Venice then I drove her up the PCH because she’d never seen Malibu and I had to prove to her that it was just an exalted neighborhood that gets pitch black at night and is eerily quiet. She was mad that Hollywood had portrayed it otherwise. She asked where they filmed “3 ½ men.”

And now I just got back from the gym. She got back an hour ago after making token movements on the elliptical next to me and carrying on a full blown one sided conversation before I finally stopped and told her with 3 gasps of air between each word that if she can talk for that long then she’s not technically working out and therefore should not be complaining about it. She agreed and decided that she would go take a shower to get all of the sweat off. Problem is she hadn’t broken that sweat yet.

So she took my keys and went back upstairs to ‘clean up’. My building is obsessed with security and she wouldn’t have been able to make the elevator move or even get into the lobby without the fob. Same goes for the gym. I needed her to bring something back down though before she quit on me for the night entirely. 10 minutes later she was pounding on the glass and tugging at the door. I didn’t want to stop where I was with cardio so I yelled back that she needed to swipe the fob to make the door open. She tried again then started pounding the glass again. After a few rounds of that I jumped down and opened the door for her. I showed her again where she needed to scan the key fob. She swiped it over the sensor to prove that it wasn’t working. I looked down at her hand. She was swiping my Mercedes key chain while the real fob hung limply from the other end of the key ring. I sighed, deeply, and pointed it out.

We’re both worn out. I’ll admit it was a long day and I packed it full to make up for the short amount of time she’d be here. Maybe we can blame the blonde moments on that in time. As I’m writing this she’s telling me she needs protein in the morning if we’re gonna go riding and wants to go back to that same café so we can get one of those vegan omelets tomorrow…..