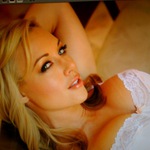 Here goes: I’m sick of sleeping in late. I’ve always been a late sleeper. I rock at 4am emails and I rock at finding restaurants that still serve breakfast at noon. For some reason I have incredibly reliable bursts of energy around 10pm. This shit comes like clockwork. 10pm is when laundry gets done, bathrooms get cleaned, and mail gets opened. It’s when bags are packed or unpacked and trash is taken out. Often it’s the only time my treadmill gets any love. These energy spurts will last for hours. Around 1am they wind down, but by then I’m well into emails and I have a hard time leaving things unfinished if they can feasibly be finished in a sitting. Next thing you know I’m rolling out of bed at 11am and pissed off that the rest of the world has a 4-6 hour head start on me. So that’s my goal. I want to start waking up at a normal time, and seeing as I haven’t mastered the art of meditation as a substitute for REM, I’m going to have to start going to bed at a normal time too.

Today I was up at 6:30. Today doesn’t count though because I was only up that early to fly home from St. Louis. Still. It felt good to be drinking my first coffee of the day with everybody else, rather than with the crowd who is coming back for more on their lunch breaks. It’s awesome that I’m getting all of my 10pm chores done now, while the sun is up, and well before 3pm when the photographer shows up at my place to generate a little more ClubKayden content. When my live show is over at 9pm I’ll have nothing to do but read and worry about tomorrow’s shoot–my first one as a Digital Playground contract girl. That alone is gonna take up hours though. I am an accomplished worrier. Luckily I have an 8am call time to keep me on track (I do not feel lucky and 8am is hell on wheels).