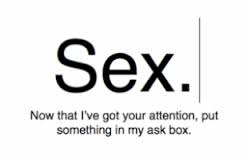 So I’m looking for something that I’ve since forgotten about/procrastinated on terribly. This led to a sort of unfocused digging through files inside of files inside of files on my desktop and I’m finding all sorts of little gems. I discovered this one. It’s always interesting to look back at old interviews because they are such a clear snapshot of where my head was at on that day. No interview is re-creatable in that sense. I found another one that I won’t be posting because all of my answers were essentially single word sentences that state loud and clear that I find the interviewer to be a sort of shitty person and that I’m not at all unfazed by the prospect of coming across as a raging bitch in response. I have no idea what the poor guy did, though I did notice some glaring grammatical errors in his questions. Maybe that was all it took on that day.

The other thing I’m not sure of is whether I ever actually returned this interview to Creative Loafing, considering the file I found it in. Misplaced is an understatement. It was wedged between a picture of a giant dong and a wallpaper pattern.

I like to think I have excellent taste in wallpaper.

Anyway, here it is:

Q: Youʼve been an exclusive contract star for Vivid, Adam & Eve, and now Digital Playground. What does your preference for being a contract star as opposed to an independent performer says about your personality?

It might say that I don’t want to have to work too hard, or that I prefer security over runaway riches, or that I like my life automated. I think I like things automated.

The few times I’ve seen it I’ve noticed a pretty severe disconnect. Nearly unbelievable contradictions made in the same sentence, voices in the head, talking to oneself and such. Not actually that severe, on second thought. I may have painted my own bias into that description.

I’ve lost count of the number of performers who are involved in animal rescue in some way. We seem to have a collective bleeding heart for furry things. I’ve tried to work out the logistics of running a horse rescue a number of times but the logistics are large.

Q: Has anyone ever told you that you resemble a much younger and hotter version of Jan (Melora Hardin) from The Office?

No. But now I’ll be looking her up.

Q: Have you had to write a book proposal for the autobiography youʼre working on? If so, in the “Competition Analysis” portion, what other biographies did you compare yours to:

Shit. I’ve only read one of those. Luckily I don’t know what the hell I’m doing, so there’s plenty of room to change course.

Q: What does well kept fingernails tell you about a man?

How well kept? I’m not a huge fan of anything left of center, in this regard.

Q: When you take a guy horseback riding, do you make him ride behind you, clutching your waist, or do you ride behind him, wrapping your arms around him and taking the reins like you would with a child?

I make him ride his own fucking horse so I can get slightly out of earshot of his inevitable complaints about our “anatomical differences” and what torture that might translate to in a saddle.

Q: Youʼve said in a previous interview that when it comes to sex, you enjoy battling for dominance and losing. In some ways, this seems to be what is happening in Code of Honor during your scene with Tommy Gunn. Some evolutionary psychologists propose that this type of testing—this playing hard-to-get—is a mating strategy subconsciously employed by women to test potential mates. It is her way of ensuring that the male is a confident, powerful, alpha-male type. What do you think your enjoyment of this “dominance dance” stems from?

Makes sense to me. I’m a huge fan of the evolutionary explanation for anything. I only enjoy the “dominance dance” when there really is a struggle. Often we make it look like one for the sake of the scene but the way the struggle was going to fall was already obvious from the beginning. True surprise is one of the liveliest feelings.

Anyway, maybe you see this for what it is, which is an attempt to post a blog without actually writing much of one. It’s been a while since I posted something. Not for lack of writing, mind you. I’ve written 70,000 words that you haven’t seen since May. Now I’m trying to flesh it out and fill in the things that I’ve missed. Consider this an open call for questions that you’d want answered honestly. Completely and frankly honest. No dressing because that’s what I (or anyone) thinks you want to hear. Don’t send me bullshit questions though. I’m not going to comment on the physical attributes of your member because you attached a picture, or comment on the ideal dick size (there isn’t one–there is only an ideal man, and he will, ideally be attached to a reasonable penis). In fact, if your question involves the word “penis” or any of its pet names, please consider it a bad question. Deeply personal questions are okay. Deeply stereotypical ones are not. Email k@trenchcoatx.com if you think your question falls in the right category.