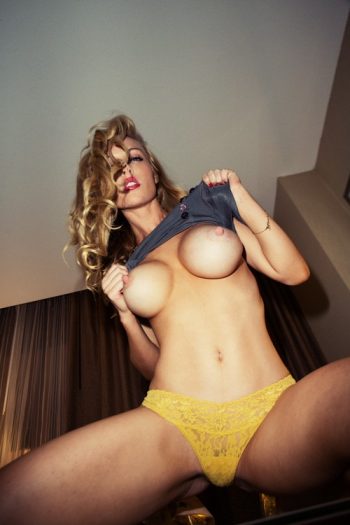 As a woman, I’ll be chastised by men for engaging in the sort of work I do—educated men who include so-called therapists like Dr Drew, a man who told Belle Knox on air that he would “chew on a cyanide pill” if she were his daughter (any therapist who says to another human being that he would kill himself in the event he was related to her, is, by default, the worst at his job, ever, even worse than Dr Phil, and that one is already pretty bad for walking around with the word Doctor tacked onto his name like we’re all playing house here)—and yet, walking down the street in everyday clothes and sunglasses right now, some strange man just stopped to tell me that he would like to fuck my tits. This was said in the company of five of his friends and I was alone. It was expected that I should just be comfortable with that. So, if some man, please, would just kindly lay out what exactly is and is not expected of me, sexually speaking, without contradicting himself, and without backing himself into the double standard corner, I’d love to hear it. I won’t take a word of it to heart, but it will make for an interesting exercise in formal logic.