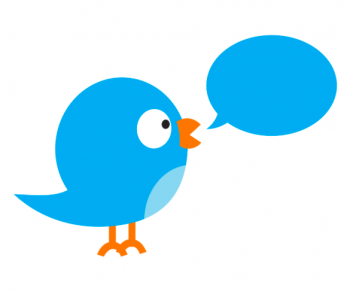 Twitter. Before reading a worthy post on the evil irrelevance of it all the word was only a Disney sound to me. It’s what the cartoon birds did when they were in love in Bambi. Now it is a play-by-play narcissistic exercise in records keeping, or at least rough journalistic attempts. The modern day interconnected diary.

My twitter screen name is kayden_kross because kaydenkross was already taken. That seems to be the case a lot lately. It happened when I signed up for classes. It baffled me that another student would choose that name. It also continues to baffle me when people with IM accounts and nothing better to do get confused sometimes and think they’re me but that’s another story for another day.

So now I twitter too. I signed up after the awareness campaign on the part of the good people at Adam and Eve headquarters. A bookish woman named Lauren explained reasons for doing it. She made me an account and sent directions. She said, Here.

Either way, exercise is happening and it’s the highest my heart rate has been in weeks. I feel energized, or at least relieved of the hotel boredom that I’ve now handed off to you.