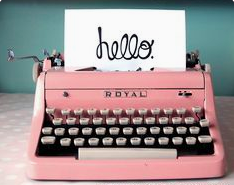 I gave myself my first blister from running today. I will wear it as a badge of honor and as an excuse not to run tomorrow. I’m hanging out at my buddy’s loft. He has his own gonzo line and the chick he was supposed to be shooting was sent home so we spent some time trying to figure out what else can be done with the day.

I’d like to think that if monogamy were natural it would be easy. But jealousy isn’t easy either. Neither are break ups, and if monogamy isn’t natural then that would mean break ups are, or that jealousy wouldn’t exist. But that’s only if you believe that what is natural is what nature pushes us to want. And if you believe natural is best. But how natural is anything we do anymore, anyway? Right now I’m communicating by tapping on squares in a falsely lit room.