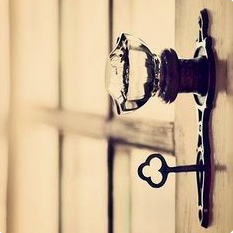 I got back to my hotel after featuring around 5am. I’m put up in a place called the Drury. Don’t go there. Ever. It’s a bad place. At night they require a key to get into the lobby. I don’t care so much about this part. The part I cared about is I had forgotten my key. There is a night window that I would have been able to get a new key through if the clerk had been there. But she wasn’t. In her place stood a little paper sign promising she’d be back soon with a number to call if her immediate assistance was required. It was. I called.

Finally he got through. His buddy came down to the lobby and let us both in but I still had no way to get into my room. I walked around looking for this elusive night clerk. I went behind the desk and into the offices in the back. There was nobody. Meanwhile that phone never stopped ringing. I picked up the lobby phone and tried calling corporate. They were closed. By then I was homicidal but there was no one to take it out on.

Then I noticed the master key set was just sitting on the reception desk. Not only was the night clerk dumb enough to leave her desk and ignore her phone for over a half hour (who knows how long it was before I got there), but she was dumb enough to leave access to the entire building just sitting there. I didn’t even have to reach for it. What if I were an ax murderer? A rapist? A really bitchy woman who knew what room her cheating husband was in? Murder mysteries are made from this kind of thing. It could have gone badly. Lucky for her I was nothing more than an irate pornstar at 6am who just wanted to go to bed.

Once I got in my room I washed my face. I brushed my teeth. I pulled my hair back. I checked twitter. I called down to tell her to come get her keys. She didn’t answer. I answered emails. I called down again. She answered. I did the math. I would have been waiting at her window for over an hour if I had just sat complacently. I told her to come get the key. She asked why I couldn’t just leave it in the room. I said no, you don’t understand. Come get the master key. Silence. Small voice. “I’ll be right up.”

And of course when she got there she asked in surprise how I got the key. I told her it wasn’t hard and went off about the past hour and a half. She thanked me for the key and went back to not doing her job.

But this made me smile: I talked to the manager when I got up today. I told her the whole story. And you know what she said? It’s against company policy for me to take the keys.