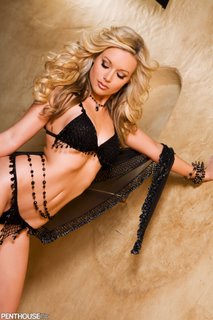 The Internet is a funny thing. It blows the concept of privacy to shit and then turns around and hands us complete anonymity. It’s become such an out of control animal that we can’t even choose to be offline anymore and remain intact with popular culture. Social networking sites were a joke when I was in High School, and now I’m on 3 of them. Email accounts? 3 of those too outside of what’s tied to the networking accounts…. And if I’m not checking them twice a day I’ll be the one who slacked if I miss something. Now they download directly to my phone, as well as Twitter, which is linked to my Facebook account. Technology has made it so that I am never offline.

They say you are who you are when no one is looking.

So with that in mind I’ve learned to let the negative comments of people without names or faces roll off. How can I possibly weigh the opinion of some black text? It’s cowardly to spit venom from the sidelines, safely out of reach, where even if it turns out you’re wrong and you’re really the asshole everyone was beginning to think you might be it doesn’t matter because you’ll have a new screen name tomorrow and you can start fresh. You can be a million different people bent on harming your little online victims and still go to church every Sunday and say your prayers, run your errands, telling everyone to have a nice day and returning their smiles because you know you’ll have to see them again next week and you have a relationship to maintain.

The anonymous praise is the opposite. As social animals we like to be recognized when we do socially positive things. Compliments reflect well on the giver. When they are left anonymously it feels just that much more altruistic. It seems like for every ten negative comments you’ll find on gossip sites and Youtube and the general sites that people with an itch to talk shit about someone or something like to troll, you’ll only see one or two positive things. The remaining balance of viewers doesn’t reflect this ratio or anything close to it.

And then there are the commenters with pictures and names that are attached to an online persona that they have built. I put weight on their negative feedback. Not surprisingly, it’s never as cutthroat as the spineless diminutive bullshit of the people you can’t trace it back to though. Usually the people who comment as people can put their fingers on what they didn’t like. The others just like to throw the words cunt and bitch around to see what they can stir up, or to see if they can get a reaction from their targets. For all the crap we have to do just to exist in the modern world you’d think they wouldn’t have so much time on their hands.

And finally there are the commenters who are not anonymous and leave positive feedback. I’m lucky to have a lot of them on this blog. I’ve written blogs for a number of sites but this one is mine and it’s not meant for anyone but myself and Clubkayden members and the occasional reader who just likes the random shit I post. It’s not an opinion blog, or a political blog, or anything super controversial for that matter. It’s just me fucking around and having fun with something that for once has no deadlines or requirements and doesn’t ride my ass about posting. If you like it I’m flattered, but if not, please go attack me somewhere else. Make sure to let me know I’m a bitch while you’re at it. Maybe grab a few screen names and leave lots of comments so that it looks like a lot of people agree with you… but this blog is mine and it’s the one place I can choose to not put up with your crap.