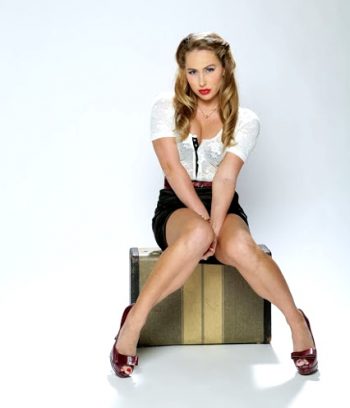 Right now I’m sitting in a hotel room, sore and antsy for separate reasons mostly related to planes and broken sleep. I’ve had four cosmos, at least, but probably more, and the AC cannot battle the humidity any better than the windowpanes can battle the sound of the crickets outside who bark, not chirp.

I spent some time drunkenly poking around the internet.

It’s funny what you end up thinking about when you have no deadlines or pressures to fill up dead time. I caught up on another blog, where a performer posted a response to a question asked long ago about why us girls end up with those losers–the Pimp and Ho Phenomenon, the Bad Boyfriends. We’ve all had them.

I’ve had one, anyway. I have and all of the stories that came from that relationship are spectacular. They’re larger than life. How did I end up with him? Simple. I didn’t know I was dating him. He lied–about his past, his future, his age, his job, his finances. The person I thought I was dating didn’t exist. And after I figured it out—on one of those rainy nights after midnight when his friends got talking too much on too much wine–it was absolute hell getting rid of him. That night it came out that he wasn’t the age he’d said he was, this man that I lived with. On the spot he did a bang up job of feigning forgetfulness but that’s a tough role to sell. In the weeks that followed it came to light that he had a history of domestic violence, money issues, alcoholism, and a rogue hand in my cliche little shoebox full of stripper cash tucked back in the closet. I still deal with the aftermath of having dated him. You don’t realize what the serious is doing in the phrase serious relationship is until you meet the person whose effects just won’t shake loose.

But I consider him an outlier. I can’t say I have a history of dating batshit. It seems like we go through life always hearing about but never actually meeting this enormous fleet of crazy exes who are out there creeping around, lurking in the shadows, stalking timelines and waiting to key every car they find unattended in a parking lot. The amount of psychos we hear about in people’s retellings of past relationships can’t possibly match the statistical population of crazy in the world. Not unless we’re all dating the same roughly twenty five percent of the population. Or maybe the crazies just date more people because they get dumped more. Or maybe it has nothing to do with a preexisting craziness and everything to do with that drug called love. My theory is that we all get a little psycho in a bad relationship, and when the high we get from the pheromones of a heated relationship is threatened, we all turn into addicts ready to do things we’d never think to do to the people we love most. We only do it to the person we love most passionately.

I think a good relationship is marked by the ability of the people inside of them to reassure each other that the love drug they stir up is not constantly under threat of being pulled away, but also by the ability of the people inside of the relationship to recognize deficits and work to fix them. We make fun of the Suitcase Pimp the way we make fun of so many stereotypes, but what we don’t see is that a supportive partner is often the difference between a woman’s ability to enjoy and grow her career or her career’s prompt demise. A supportive partner doesn’t just wheel a suitcase to set. He runs the entire back end of the machine that is the brand his partner is building. He stands behind her and allows her to feel like in her personal life she is standing on solid ground so that in her professional life she can perform without distraction. He encourages strategic decision making, he is a sounding board, a promotional arm, a manager, a counselor, an assistant, an organizer, and consistently, unapologetically, unfailingly, he is her other half. His service here is worth far more than the lower income they were both making before they discovered the adult industry. If the relationship sours, both partners often look back with a different view of what happened. But when it was good, it was good.