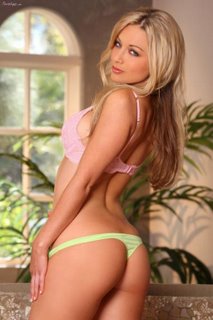 We feature dancers like to play celebrity dress-up when we go out on the road. We get miniature versions of crowds. We get the nice hotels but fall short of the presidential suite with the 10-jet-tub and the hookers giggling on a bed of fresh honey scented organic flowers. We get to make special requests but they’re generally ignored. And we get roadies.

So the roadie I got for this Pittsburgh trip came with the club. He’s a character that your typical bland aspiring actor would be smart to reproduce at his next audition. He’ll be the taxi driver holding an unfiltered cigarette out the window of his dirty yellow cab who goes off with his east-coast-endearing-asshole tirade right as some alien monster crashes through a brick wall and eats him. Or he can be the loudmouth at the bank who still won’t shut up after he’s taken hostage and ends up being the first one of the group who gets shot. Hollywood always likes to knock these types off.

We began our relationship at the airport, where I was stumbling into baggage claim after a disorienting wake up that involved a giant metal vessel careening down from the sky and onto the runway. When you fall asleep on planes it’s never a good feeling to wake up to them bouncing against hard surfaces. I was trying to sort out whether I was in actually Pittsburgh or Philly, then remembered Philly was the layover and I’d already hit that. I felt like an ass for telling everyone I’d be dancing there for the last three weeks… should have read the itinerary before 4am on my way to the airport. He was holding a sign that said my name. I was wearing pajamas and no make up. He bee-lined it to my side and introduced himself. He let me know that he knew it was me because all of his features come in either wearing big LA sunglasses, pajamas, or too much make up. Awesome. I like to think I at least hit the lesser of 3 evils.

While we waited for my bags he went off on a tirade about US Air. Never fly US Air. US Air is a cunt. Fuck shit bitch US Air. I stepped away from him hoping not to be associated with the big loud guy who doesn’t watch his mouth around children. I pulled out an energy bar. I’ve been hooked on this new brand called Raw Revolution. There are only about 6 ingredients in the bar and they all grow on plants. He turned back to me and asked what the fuck I was eating in clear disgust. I tried to show him. No interest. He turned his attention back to US Air. In the corner two kids were wrestling. The bags still hadn’t dropped. He’d run out of profanities. In a final effort to show that he had not given up he let it be known that he was going to laugh wildly when one of those kids fell and cracked his head open. I inched further away with my food bar.

My bag got the verbal treatment all the way to his truck. By now my bag probably wakes up from sweating in it’s sleep with the word cunt echoing hotly in it’s dreams. I told him I had a truck. It was bigger than his. Well he has a tow truck. F550. What now. But I’d gotten his respect. He took me to Starbucks and I bought him a frappuccino, venti with whipped cream. Now we were friends.

So Tony is Italian. Big guy. Dark hair, olive skin. A bit of a waistline and a strong nose. Good nose though. His name is not actually Tony but I keep catching myself referring to him as Tony. Call it a stereotype. He drives a tow truck when he’s not playing roadie to this week’s feature at the local strip club. He has big dogs, five of them, and spits out the window at stoplights. His tow truck is bright red. He picks me up in it the next day as I’m walking back from Starbucks to the hotel. Pulls up right alongside me and tells me to jump in. I momentarily fear a kidnapping. He’s got three radios going inside, because in Pittsburgh you’re allowed to accident chase and it’s first come first serve. He explains how it works. He gets storage fees and he always picks the car that has full coverage because he’s guaranteed to get paid. The police radio is going up front and behind the seat I can hear the fire department and ambulance. It’s hard to talk over all of it but the three seem to always be working on the same crisis at once so it’s easy to listen. They’re talking about a suspicious male, then they’re talking about a car on the guard rail. Tony is still excited about this morning’s accident where a dude shot up heroin then plowed he and his passenger into a steel pole. Dented the pole and lost the passenger side of the car. The passenger walked away unharmed. The driver was too out of his mind to agree to go to the hospital so he chose to go to jail instead. Tony showed me pictures with excitement. He drove me by the site of the accident. I asked if he would take me to Whole Foods because I was out of Raw Revolution bars.

As my official friend he worked his ass off for me at the club. He was a little too good. One guy wanted to take a picture with me and I was out of Polaroid film. He pulled is camera phone out as I leaned into the shot and smiled. My new roadie cut in. That’ll be $20 he said. The man wasn’t sure if he was serious. I went blank. I wasn’t sure either. Now people were watching. I didn’t want to charge the poor dude $20 for a camera phone picture. I wondered if this situation was like those parenting articles that say don’t disagree over your policies in front of the children. Don’t argue with your roadie in front of the strip club customers… probably not the same. Ok. I interrupted, quietly. It’s OK I said in a low voice trying not to move my lips. What? He yelled over the boom of the DJ. Don’t worry about it! I tried again to communicate under the radar. Not happening. Just take the picture and let’s move on. He did, but not before reminding me that he was just trying to “charge these fuckers.” Could he have said it louder? Possibly not.

Back in the feature room he talked about some of the girls who had come through. Girls who hadn’t tipped him. Girls who smelled. “Me” girls as he called them. Cunts. Everything was a cunt. There were a few cool ones. He pointed them out as we walked down the narrow hallways of the converted hotel that now served as the area’s leading strip club. Old promo posters were framed and used as wall art as the girls came and went. Soon I’d be up there too. I wondered what would be whispered about me to the next faceless girl. I liked to think our Starbuck’s and truck connection would last beyond Sunday morning at 7am when he dropped me off. I made a mental note to tip well. Very well.

In between shows he unwrapped the cooter ball money. It’s a game I play on stage where people ball up their ones and try to make a basket in the cup I hold over R and X rated body parts. Winners get movies or posters. Most lose. It’s like a carnival. I started to doze off and he tickled my bits with a crumpled bill. I sat straight up in a panic then realized what had happened and calmly requested that he not scare my vagina. He obliged.

The man was a machine. Every time I turned around he was selling something. He had a girl believing he was the industry hook up and he could get her into movies. Dirty movies. She gave him her number and batted big soft lashes up at him then skipped off excitedly. He turned to me and asked for the guy’s number he had just promised to hook her up with and then offered his security services for my next signing. He quoted me a rate and reminded me I’d never have to worry with him around because he’s Italian and therefore good with a shovel. As he started in on the other things he was good with I mulled around the dressing room piecing my outfit together for my next show. Finally I interrupted him to ask if he’d seen my red panties since the nurse show. He pulled a handful of twenties out of his pocket and passed them to me. The panties had been sold.

On the way back to the hotel on the last night he got in a standoff with another car who was trying to go the opposite way down the alley he was pulling out of. They screamed. They played chicken. Finally Tony went for the door handle to get out of the car and the second guy moved, quickly. I exhaled as we moved forward again and made it a point to tip before we left for the airport—very well.