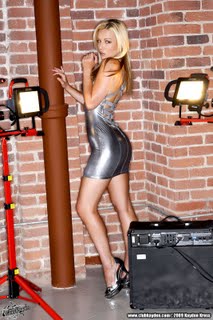 I got invited to a Thai barbeque awhile back by a friend who was going to be in town for it and didn’t want to go alone. I couldn’t imagine why one would fly in for a barbeque but I didn’t ask, and frankly I just relished the idea of home made Thai food cooked to order right in front of me by a real live Thai woman. That was weeks ago and today I had my barbeque.

OK. So there was a barbeque and a Thai woman. The problem was she was cooking steak and potato salad and I wanted Pad Thai and chicken satay. What made up for it was the nature of the barbeque. This friend works with special interest groups in Sacramento and it turns out this was a work function for him and a reunion for the rest of the attendees. What did they all have in common? They had served time as “lifers”. I was at an annual murderer’s reunion.

You wouldn’t have known it from the outside and only barely from the inside, not that there is a standard way of picking murderer’s reunions out of a mix. There was a blow up bounce house powered by generator on the front lawn. Little girls in pigtails and boys in striped shirts with primary colors were squealing and shouting and chasing each other in circles with exaggerated astronaut jumps. Couples came in two by two with fruit pies and salads and you could hear the sound of a guitar drifting from somewhere behind the house. It was a two story with a two-car garage in suburbia, USA.

What gave it away in the backyard was that people were segregated like a prison yard with one race in each corner except near the grill with the Thai woman who wasn’t serving Thai. There were a lot of cowboy hats and ankle monitors and faded tattoos but these things together or apart don’t say murderer. Nothing said murderer. These are people who say hi to you at crosswalks and leave their change in tip jars and lean down to pet your dog and ask his name or give him a treat. They were nice. They introduced me to their wives and friends and kids and offered me more steak more chicken and more pie. “Eat!” they said. As I stood there sipping on a wine cooler and denying myself cake a rabbit hopped out of the bushes and started soliciting treats from strangers. Wives went crazy and took pictures and more kids squealed. The lady next to me told me the story of ‘Rodent’ the rabbit. Rodent had been found half alive on the side of a running trail by one of the murderers. That was four years ago. Ok so I had one common interest with the host of the party, a man who had put a hit out on his wife and served 24 years. We both like taking home stray rabbits. Perhaps it’s as emotionally extreme to take a life as it is to save one. Or maybe we’re all just trying to make amends.

There are things that politicians can rely on. The first is that they can never appear too tough on crime. It’s bad business for an opponent to argue against it. Same with porn. You can never make America too safe ‘for the children’. There is a small group of people though who have recognized that politicians use their tough crime stance to ride into office at the expense of the rights of people who have admittedly fucked up in a big way but have put in their time with no end in sight. Take the reverend, for example, who came home to find his wife in bed with not one, but two other men. He shot her. And him. And him. Crimes of passion, mostly against spouses. That’s what the majority of these guys were in for. Something snapped and they’ll pay for it for the rest of their lives. On the way in I asked how I would know who was a murderer and who was an advocate. He told me to look for the guys with the biggest egos and a strong sense of entitlement. I read that in a text book somewhere once before.

What you don’t read in textbooks is how remarkable it is to be in the presence of someone who is externally grateful just to be. To be eating steak off a barbeque (even if it’s not Thai steak). To be catching up with friends. There was a certain sincerity in introductions that you don’t see very often. It was not just a formality and the jokes were not made for show. And the chivalry. These lifers presented their wives to me like they were unveiling masterpieces. “This is my beautiful wife so-and-so.” They said it as if they almost didn’t believe it themselves. “This is my second chance.”

They talked politics mostly, about the uneven handling of cases and parole hearings that are held or not held in contempt of court. I picked up a publication that they run called the “California Lifer Newsletter”. It’s a long list of status reports on cases they’re trying to help fight from the outside as well as a rundown of corrupt activity within the system- commissioners who they’ve successfully forced out for unethical behavior, guards misfiring grenades, wardens in direct violation of various anti-restraint policies and finally a grim warning to stop buying cell phones off guards if you ever expect to make it out. Then there was a chart showing the ratio of parole hearings to grants. Some years it’s zero. Or 6 out of 296 cases heard. Or 12 out of 469. They print a table for individual prisons. These men are passionate about their cause. I just showed up for some spicy food but they’re here because they see how they can help the people who still haven’t made it out of a system that is stacked against them. At the end of the day they lined up for a group photo with their cowboy hats and ankle monitors and tattoos and freedom and smiled to the word cheese while their family and friends and supporters looked on. They take this picture every year and send it out to the prisons. The man sitting in front row center seat holds a hand printed sign that offers a “toast and a prayer from all of us lifers on the outside to all of those we left behind.”