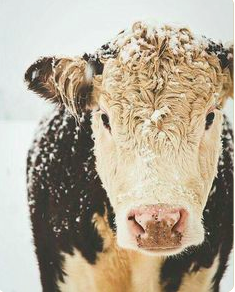 A while ago I said I wanted to be a Native America Indian when I grew up, except with horses and without European colonization. I meant it. They really had it down.

I’ve refined this dream though. What I want is the stateless society back. The feather headpieces and the teepees were cool but it’s the environment that was ideal, without full time politicians and people displaced from the land and fears of old age and lost jobs. They had more stability than anyone today can ever hope to have because they had the ability to go straight to the source for their needs—the land.

Even if you bought six thousand acres, cash, and moved your mother and your father and your 5 kids and your family cow out there and tilled the land and camped out in your teepee you’d still be strapped to western society because there is still property tax—and that has to be paid in currency that you can’t grow on corn. You’d still have to report back to someone and stay savvy enough about changing legal codes and zoning and tax laws and everything else not to lose what you’ve already paid for. And if you want to homeschool your 5 kids because you think it’s fucked up that American schools don’t ever teach about their own internment camps during WW2 or explain why the rest of the world is irritated with us or that they require children to learn how to use pastels in art class but not how to protect themselves financially in a world that they will be eventually forced to deal with then you’re gonna have to file paperwork for that too… and you’re gonna have to check in periodically with the government to let them know how things are coming along with your kids. You can never buy yourself out of your government.

Stateless societies didn’t have prisons or militaries or large-scale social unrest—but they didn’t have a frictional gap between rich and poor either. They were real democracies with real freedoms. They had strong social connections and youth was good but wisdom was better and life wasn’t seen as something that was slipping away but something that was only richer in time. Granted, women died in childbirth and men could die from an infection and kids could die just because they were kids and that’s unfortunate but it was quick and it was unexpected. Now we die chronically and slowly from radiation and pollution and artificial ingredients and stress that was never meant to be put on the body for long periods of time. We die from the inside out of cancer over years while suffering from the side effects of medication that won’t make it better but slow it down. We die en masse because of genocide and epidemics and famine all stemming from over population and an uneven distribution of resources. And kids still die just because they’re kids… we just can’t see past the borders of developed nations and neither can anyone else.

If anyone wants to buy me a sovereign island somewhere in the pacific I’ve already started designing the flag and shopping for cows. We’ll need to import a tribal population of about 150 to make it fun.