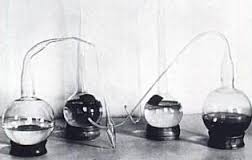 I’m going to start petitioning for 3am shoots for the rest of my career. I did an informal in-my-head survey and it turns out that my best scenes have all been shot after dark, with the exception of the other best scenes that were at least shot in the afternoon but with my favorite performers. I’m no good in the morning. The threesome with Evan Stone and Violet Marcell in 8th Day wrapped at 4am. The one with Randy Spears in the second installment of ‘Flight Attendants’ wrapped after midnight. My favorite POV BJ on my site was shot no earlier than 3am. This is rigid scientific research I’m doing here and I think I’m on to something.