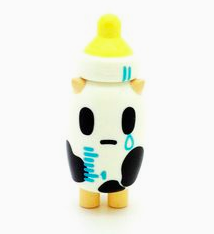 I woke up at 7am because a rabbit landed on my head. You’d think after a year of this crap I’d have gotten used to it, but between the claws and the jerky movements it’s still a shock every time. I’ve been locking Sammy up at night lately, specifically because he disturbs my sleep, but I couldn’t catch him last night and I was too tired to pursue it beyond calling his name out and making kissy noises. Yes, my rabbit does occasionally come when called.

Things that make me wake up in a panic throw off my whole day. He landed. Claws and hair went everywhere. I sat up screaming and trying to untangle myself from the mess of sheets I was wrapped in. I tripped over what was still around my ankles as my feet hit the floor. The rest of my body followed. From my new vantage point flat on the ground I could see Sammy running away so fast his tail end was spinning out behind him on the hardwood. I haven’t seen him since.

But I was up so I figured I might as well get a head start on studying for the midterm, if you want to call it a head start. The midterm was at 3:30 pm. I only ordered the second textbook over the weekend. The package wasn’t even open yet. It’s a dense class but I’m familiar enough with the professor by now that I know what to expect. He’s a hardcore dependency theorist, meaning he is of the opinion that developed countries (DCs) gained power and wealth at the expense of the lesser developed countries (LDCs), first through colonialism (direct siphoning off of resources and labor power from periphery to core countries) and now through neocolonialism (indirect siphoning from LDCs to DCs by setting up puppet governments, getting in bed with compradores, destabilizing regions, unfair trade policies etc.). We’ve put third world countries into a cycle of dependency from which they cannot break free. Hence the name “Dependency Theory.”

Perhaps I’m not worried about knowing the material so much because I already agree with it.

Dependency Theory wasn’t the only thing I needed to know though. I had to know realists (capitalists), idealists (liberals and communists), environmentalists, and for some reason, feminists. I skipped over the feminist bit. It drives me crazy on multiple levels for multiple reasons. I’m not going to get completely into it but this is an international political economy class. I don’t like wage gaps and religions that cut off clits as a rite of passage but it feels more like a symptom of a larger problem than a theory on how wealth and power are distributed between states (unequally).

I had to know the rise and decline of capitalism from Oct. 1492 through the present and significant events such as the treaty of Westphalia and on and on–basically those things that made sovereign states what they are today and the driving forces that puncture borders to create new markets and are slowly eroding that sovereignty, i.e. McDonalds, Halliburton, and the IMF. Then there are the multitudes of theories within the theories, and to be honest, I just read the chapter summaries for 1-5 because it got tedious and there was a reason it was scheduled to be read over the course of 8 weeks and not 4 hours. Lesson learned.

The test: I’ve never answered “E: all of the above” so many times in my life. But it wasn’t just a guessing game or a strange distribution of eeny meenie miny moe. I really had a grip on the material. I got to the T/F section. I answered T for 28 out of 30 of the questions. I felt toyed with. I turned in the test and went horseback riding instead of sticking around for the lecture. That’ll fix anything, at least until the final when I realize that the notes I just missed out on were a large chunk of the test material.

And now I’m back home, catching up on an entire semester’s worth of homework for the other class, but not really, because I haven’t started yet. I do try to start, but once I really look at the assignments I question my enrollment in the class in the first place. Maybe going forward it’s best to just audit classes. Then when my mornings are disturbed by my rabbit I can feel fine with the decision to just roll over and go back to sleep.