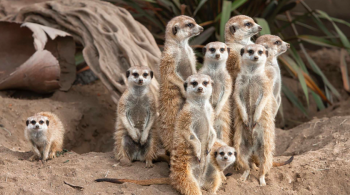 I’m on a signing at the A&E store in Tempe, Arizona. I had them drop me off at Starbucks so I could study, knock out a few papers, catch up on emails and generally kill time on the computer. I have yet to actually begin one of those papers and most of my emails were spam but I’m really OK with how it’s all working out. I’m working through a short-term burn out after all the traveling–not that I would undo any of it. Not many jobs will pay you to drink in Paris.

I had a free afternoon after I got home last week. Most of it was spent studying for midterms knowing I would be going straight from set to the tests and would have no time to catch up on reading otherwise, but eventually I burnt myself out on that too and decided to just jump on my bike and ride around downtown. At this moment in my world there is nothing better than a free afternoon to ride my bike through the foreign country of downtown Los Angeles with the street vendors rolled out on the sidewalks and whole families set up beside a grill selling hot dogs wrapped in bacon on the corners. It feels like a border crossing just closing the distance from Main Street to Santee Alley.

The trip is not without a reality check. Part of me envies the kids working side by side with their parents or watching their younger siblings while they play with brooms or toys and their mothers work next to their fathers and their father’s fathers or uncles or brothers or sisters and they all sit around and talk and play cards between customers or walk up and down between shops to visit friends and neighbors. They bring their pets in and put their youngest down to nap in the back room. I extend the story, assuming they go home and cook big dinners with their big families and they may not be rich and they may be uprooted from their own countries but they’re together through it all. I’m their opposite. I’m not clipping coupons and I was born here–I look so California by foreign standards that I’m greeted with disbelief when I show up without a surfboard strapped to my ankle–but at the end of the day my family is eight hours away by car and my sister is backpacking Europe without a cell phone or reliable internet access and my mother just learned how to text, which means it’s not unreasonable to think that I may not hear her voice until the next major holiday.

I grew up with a big extended family. My grandparents live in a 5 bedroom house and they had 5 kids who turned around and bought their own big houses for their kids, but on Christmas and Thanksgiving and Easter and birthdays we would all end up back at the 5 bedroom house with the lab named Caesar and the old wood stove that never went without a fire and every bed and every couch in every room would be filled with people in sleeping bags and old blankets on those nights. Then an aunt and uncle moved with their kids to Australia, others went on mission trips, others started rotating visits with their in-laws and before you knew it I was living in Southern CA and my grandparents stopped hosting holidays. Crossing into that alley makes me miss waking up to my cousins squealing and running around in footed pajamas on Christmas morning.