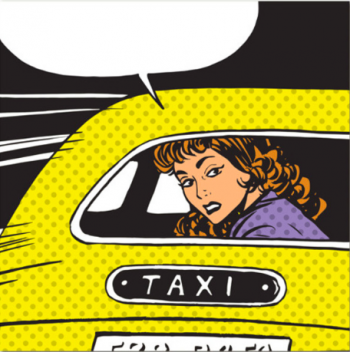 It’s pheromone week, which is on no particular schedule or cycle, but I recognize it by a two-part process that begins with a complete lack of interest in doing anything to keep myself up beyond the basest of human dignities. I’ll shower. I’ll brush my teeth. Sometimes my hair. Things beyond that are beyond me.

So phase one is complete. I need a nail salon. An eyebrow waxing. My razor is missing and I don’t care. I’m wearing pjs and a sweatshirt in the LA heat, and not even with a cute touch like flip-flops. I’m doing it with running shoes. I could lie, but you need the appropriate mental image to understand phase two.

Phase two began this morning. I noticed it in line at the café. I was hiding behind big sunglasses and the same hair I rolled out of bed with, and of course those pajamas and gym shoes. I might as well have been on all fours with my ass in the air and froth. Men wouldn’t stop sidling up next to me. Boys too. Little ones. I’d be standing behind someone and I could watch his phone conversation shudder and die as something tuned him in and he followed it back to me. I know it wasn’t because I didn’t shower. Because I did. I at least did that.

I packed and went to the airport. Security liked me. The waiter at the restaurant by the gate brought me free wine. The man sitting in the seat next to me was apparently immune to pheromone week because all he did was throw a temper tantrum when I wouldn’t give up my window seat, but that’s another story. And then I slept the whole flight to NYC and landed with an even worse case of bed hair and in need of another shower. Planes just do that to people.

That’s when pheromone week pulled out the big guns. I was waiting for my bags and had an entire 80’s hair band giving me the look when a small man with a thick accent tapped my shoulder.

Do you need a taxi, he asked.

I did need a taxi. I thought it was strange that he was soliciting me in baggage claim but hey, times are tough. So he grabbed my bags and I followed him down a hall and to an elevator, and then another hall, and then we were on the ticketing level and he set my bags down and told me to wait there. He said it was cold outside and I was getting curbside service. I said whatever.

I knew he was weird, but I wasn’t sure if it was just my western bias clouding my judgment, or my pheromonal mood, which is generally upbeat and strongly opinionated. I should mention this is part of the package.

5, 10 minutes go by. I’m checking emails on my phone and thinking I should just find my way down to the taxi line but laziness is a part of the package too. Just then he pulls up his van. It is not yellow. It does not have a cute little taxi light on the top. It is dark and unlit. Predators love that shit. He rushes in and grabs my bags and throws them on the bench seat and opens the door to the front seat for me. Trash is everywhere. I raise an unwaxed eyebrow.

At this point I’m pulling my bags off the bench seat. He’s hovering and whining. He’s trying to block the effort. He’s not much bigger than me though so it’s more of a token blocking. I stacked one bag on the other on the sidewalk and found the handle while he pled his case, which wasn’t coherent with the accent, but I did make out that he was still offering to give me his license once I got in the van. I told him that his license was not the point anymore, and that this far in the game if I got in that van and was found ceremoniously raped and murdered and lovingly left on display along the shores of the Hudson river with chicken blood sprinkled around me, I would actually be partly to blame, and I don’t want to have a hand in my own murder. He didn’t understand me either. I talk too fast when I get bitchy and it stops making sense.

So I found a yellow cab, in a cab line, with cab placards and an LCD screen that I can charge payment to, which feels safe. And now I’m thinking I’m gonna take a really great shower at the hotel, and I’m gonna shave, and tomorrow I might catch up on my nails, because the fact is, as lazy as I am right now, I could be murdered at any time and this is no way to go out.