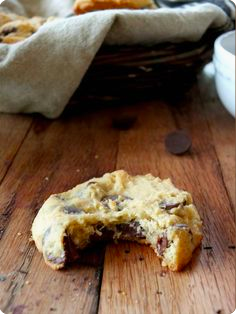 People sometimes complain that I never have a bad day. I think that it sucks that this is wished on me, and also that it is ridiculous that someone would believe that anyone else has somehow escaped the condition of life. Of course I have bad days. I just don’t publicize them.

So let me share with you, finally, a bad day.

It began with a mechanic who has been trying to date me. Our schedules collide us regularly, this morning included. I wasn’t disinterested, but I also wasn’t interested, so we were walking that line where we had exchanged numbers but I wasn’t acting on it. I don’t date. That’s at least half the problem right there. I also ignore my phone, which only serves to ignite the condition. But the remaining half of the problem became clear today when I walked back to my car and noticed a blue rose on the windshield.

Then I walked around to the trunk to grab my laptop and noticed another token of his affection. The thin brake light strip that runs above the handle had been removed. For a moment I freaked out, thinking someone had broken into my trunk (the lock was exposed and my laptop is my most precious possession these days), but on closer inspection, nothing had been messed with. There wasn’t a scratch on the car. The light had been removed with the utmost care. With pure love, really. Then I remembered the last time this happened, with a mechanic, and an easily-fixed missing part of my 17-year-old ride.

But I was probably 19. And I loved that truck. The part went missing at the perfect time, and then next thing you know that mechanic had me in his shop making a hero of him. He just happened to have the thing in stock, for the beat up old truck of a make and model his shop didn’t specialize in. The part looked used–a lot like the one I was missing, actually. Serendipitous, that small convenience. I may have been so overcome with his masculinity that I blew him.

The mechanic of today’s story has been telling me how great he is at working on Mercedes for weeks. If you ever need help with your car, he’d said as he handed me his number, I’m just a phone call away. But I didn’t need help with my car. My car is new, warrantied, and babied by me. My car was just fine (as was my truck, all those years ago).

Today’s mechanic has been texting to make sure I got that rose all day.

I finally responded. It was not a nice response. Perhaps I jumped to conclusions too soon, but I’ve been wearing tight shirts across fake tits long enough to always err on the side of Occam’s Razor.

The breaking-my-car-because-you-can’t-fix-my-real-problems gig just doesn’t work on me (anymore).

Then she put my warm cookie up on the bar and a hoodlum tried to steal it.

I decided I needed to get out of that part of town.

My horse is being boarded a couple of hours from here while he’s in training, and I’d been meaning to meet his new trainer. I picked up my sister and a friend and we drove, bitching all the way about my car, and about the close call with my cookie.

It started raining. Rain is not unusual, of course, but it made the other drivers slow down (and also created a fitting setting for my day). I got stuck between a pack of semis and then sped up when I caught a window. 80… 90… 100 miles per hour.

There is nothing out that way. Interstate 5 North of Sacramento is two lanes each direction on perfectly landscapeless land running in a perfectly rigid line. The roads are named things like A, B, C, D… then it starts with DD. I feel this is highly suggestive. The roads perpendicular to them are 1, 2, 3, 4… and so on. They lifted my mood by retelling stories of past road trips. My sister and I talked about how she’s bad luck, and how I only get tickets when she’s in the backseat, and how it’s been five years since I let her in the back seat because the last time I got two tickets two days in a row, and it’s been smooth sailing ever since I rid myself of her passengery.

This conversation happened, of course, as I sped past a sitting cop at 100 mph.

And it had, of course, never occurred to us to maybe not jinx ourselves by talking about it, or at least to switch her to the front seat.

So the moral of that story is I got a speeding ticket. He didn’t even ask first if I knew why I got pulled over. No one in the car asked him either. The answer was clear. The cop appeared to reciprocate the kindness of my failure to argue or flash cleavage and tears by dropping the clocked speed down to 80. I thanked him. It was a pleasant enough exchange but for the hit on my driving record. Such was the spirit of the day.

We met the new trainer, fed my horse apples. Then it was dark. If you’re unfamiliar with roads named after letters and numbers on a perfectly flat grid in the middle of nowhere, they are lacking common decencies, like street lights, and they are populated with people ride strange things, like tractors, or cows.

I almost hit a cow with a person on top.

But with another narrow miss, and without the time pressure of the setting sun, I slowed down to a speed more in range of the posted limit. There is a diner on the way back that I stop at every time I make this trip, because any roadside restaurant with homemade peach cobbler and huckleberry shakes is worth visiting to excess.

My sister had a difficult order, which made me feel bad when I placed an order that was slightly less difficult, but difficult nonetheless. In the spirit of reconciliation I smiled up at the waitress, whose face was twisted, one corner of her mouth grimaced in pain and the other pointing down in anger. She did not smile back.

I said, It’s ok if you want to spit in our food. I would too.

She smiled faintly, but probably more because she’d already planned on it, or was even thinking it at that exact moment, and everyone gets a kick out of irony.

Mine had a pubic hair on it. It’s possible that it wasn’t actually a pubic hair, but more likely, the tightly coiled brunette lock of a short-haired cook, but either way these things are suspicious when found in food. It wasn’t even convincingly mixed in. It was centralized, glorifyingly abreast the highest point of elevation on the chicken. It was backlit. A set designer could not have placed it better.

Raising the question aloud to the table, I was reminded that I couldn’t actually complain about any spit found on the plate, having done everything short of ordering the spit in the first place.

In the end I decided to sit politely in front of my untouched food, and just hope the waitress might notice. She did not. We made a pact not to ask for anything else for the rest of the meal, and my sister ate with her hands once she realized she’d been given no fork.

So now I’m sitting at a different diner, recounting the day. It’s a death by paper cut thing. No one died. The course of my life is not irreversibly altered in a way I won’t forget. But I am still worrying about water collecting in my trunk, I am still hungry, I am still angry about the speeding ticket (only angry that I got caught, of course), I am even less interested in the mechanic I was already not interested in, and for fucks sake who tries to steal someone else’s hot cookie? I’m whining, I know. But, on the bright side, I think we’ve all learned something. Because if this blog has been boring for you, it’s been a shining reminder for me not to mention the small things that make my days bad.