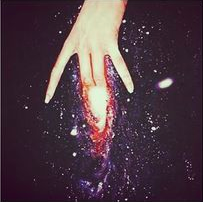 Robby D pointed out something that should have been obvious to me a long time ago, but I’m blonde and live in my own world, so it wasn’t. When he gathered all the Digital Girls around him in a big pre-game rally, each one dressed to our characters, eyelashes glued in place or not, lip colors progressively more natural with seniority, heels swinging from the toes as we smacked our gum and spilled our tits out over the counter top, he said: you don’t shoot everyday like a lot of these other girls, so you don’t have as much experience.

Or he said something like that. I was only half listening because Jesse was flashing her eyes and they’d changed to this cool green like a cat that you just fucked with a little. And Stoya’s eyes were that witchy green on the other side. And I just really like green eyes. The point hit home though. Kinda. Because then there were Bibi and Riley with the baby blue eyes and the blonde pigtails, one in a schoolgirl skirt and the other in white ruffled socks, and I think Robby followed his statement about our relative inexperience with instructions for the scene, but by then I was looking at Manuel, who was also in the scene to be. His were big anchoring brown eyes. He’d be the center that all of our blue green pent up fuck would swirl around. Then Robby said, Go do your girl stuff, which is like putting all of our hands in the center of the huddle and yelling break!

Now I may have a long learning curve but I never stop learning. Among other things that I’m trying to master—bikram yoga, washing colors separate from whites, responding to emails, life—vagina is high on my list. I refuse to be in this industry for any length of time and not leave without a supreme understanding of vagina. I’ve got the reproductive parts down pat. First I aced every middle school science class they threw at me, then I got really curious and dug up the rest on my own after school in libraries or by stealing my Grandma’s medical texts. She was a nurse. Which is strange because I don’t think she’s acknowledged that boys don’t look like Ken dolls naked to this day. Then I took sociology of sex, psychology of sex, women’s psychology (boring), and some nursing class relating to how the brain responds to things like orgasms and drugs. There was also a class called Sex and Sexuality. So that about does it. I know about sex on paper.

So the scene starts. I’m making out with Jesse and we fall over the arm of a couch and land perfectly, with style, as if we’ve practiced this a few times. We have. Everything is entwined. I can’t get my fingers out of her hair to reach my clothes to tear them off, and she can’t tear them off because my arm is stuck in her hair, and we’re both still end-up over the couch arm attached at the mouth. Manuel had some part of himself buried in some part of Stoya, but something about sex gives me tunnel vision and I couldn’t catch the details. In the background I saw pretty little white ruffled socks high in the air but it took a moment to register because of course there’s Jesse right on top of me, pure energy, all blonde and tan with a face that could launch a thousand ships.

Jesse got the clothes off. Something tore and something broke in the wardrobe department. Then she’s got her mouth everywhere and the only intelligent thing I can think is, hot damn. Then it’s a whirlwind of vagina. Piles and piles of vagina. The hottest vagina I’ve ever seen in real life, all at once. Smorgasbord. I’m determined to do this right.

You can feel it. The clit gets hard. You work your tongue underneath it and hold it steady with the ridge of your teeth or upper lip and then once you’re on right you hold it and you don’t let go. You flick the tongue with rhythm and once you have the rhythm right you don’t stop that either. And if you’re out of breath you just turn blue. Or do what I did way too many times and come up gasping for air at the last moment after running the words repeatedly through my head Do. Not. Stop.

2 orgasms from the first round with Jesse.
1 during Manuel/Jesse
1 during Stoya/Jesse
Then another, but I couldn’t see who it came from. I think I was facefirst in Stoya at the time?
Moved over the the Bibi/Riley armchair. Lost count.
Manuel joined us. Lost even more count.
Stoya threw in a few more.
Then we did it all over again with softcore angles. No arms were twisted in the making of this film.

And here’s what I gave:

That’s the thing about the female orgasm. You just don’t fucking know. But I did take one gem home with me. Diving between four vaginas in succession I finally figured out that the clit has a taste. A seemingly universal taste. It’s light and airy and lovely, and when you get the tip of your tongue just where it should go you’ll notice a distinctly different flavor from the rest. It’s a little watery, with a hint of metal. Like what clean silver tastes like. I’m clearly doing a horrible job explaining it but it’s there, and I feel this knowledge should be shared. Thank you for joining me on my vagina journey