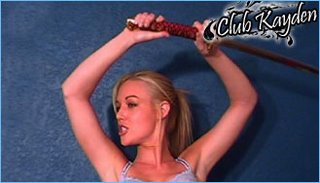 I forgive you, at some level, for denying me this small thing. You couldn’t have known that I have a bookshelf that is very large and stately, filled with books that I have worn thin, and some that I have spit in liberally before closing, finding them unworthy of my time.

There are also shelves and shelves of others that I have not read, but choose to let people believe otherwise, because, for reasons I will not burden you with at this time, I do not support the notion that inaction can be a consummate lie. You couldn’t have known that this bookshelf is my pride and joy, or that the dimensions span 16 feet in length. Of course you wouldn’t have known that there are also relics on my bookshelf, and many gold colored awards, or that I have placed them so that the sun’s rays highlight them between approximately 4 and 6 PM this time of year, when I am most likely to have daytime visitors. They are like beacons. I will not tell you how I earned them.

So you could never have known that between the most impressive of the awards there is a framed photo—an original piece—signed by the photographer. And yes, the photo is of my genitalia, but it’s the juxtaposition that makes it art, so clean shaven and softly lit, so magnified against the backdrop of an abandoned public restroom that was only really 3 lidless toilet seats over deep holes with plywood for a structure. I know you would appreciate the contrast of the dirt floor to the latex boots that went over the knee. You would see how opposite everything really was. And the leather dog collar I wore, with the studs and the silver hardware. It was a study of the human condition. A bookshelf is a very cerebral thing.

And there’s really no way you could have known that I was a serious buyer and not mindlessly browsing. Yes, I stumbled on the store, and mentioned feeling misled when I realized it was not a pet store as I walked by your register, and yes, I was the only blond haired person for miles. And we did have that language barrier, what with me speaking English, and you not acknowledging it. And there was the way I squealed a little with my companion, who also stood out, the way her boobs were still bandaged, and overly generous for her frame—she will be blond next month by the way—I’m sorry about the way we squealed when we saw the swords.

So I can see it from your point of view, after showing us multiple swords, and helping me get the ones out of the sheaths that I could not undo myself, and my comments on how swords should not have safeties, I can see how you may have not taken us seriously. And when I tested that last one out, the way that child cowered when he found himself within a very narrow margin of the blade, and the cultural notes I relayed to my friend—who was preoccupied with your glitter selection and didn’t even hear me—about how they’re too well behaved and therefore hard to notice in that area. I can see how you would have been unsure of my candidacy for sword ownership.

Of course I sensed your waning level of interest in my business after that point and ducked out of range to give you some space, which means you didn’t hear the very responsible discussion I was having about the logistics of possible sword ownership, and about whether they can be carried in public, and you would have missed the points we hit on about my height and how a smaller sword would fit me better, but then we realized longer swords would keep the enemies further away, and that the enemies in question also probably had long swords, especially if they’d thought it through like we were doing right then, but what use is a long sword if you can’t wield it properly (?)… and we covered how practical a sword would be in the event of an apocalypse, because they do not require ammo, or licenses. And then we wondered if I needed a license. You would have missed all of that conversation. But you should know that conversation was what led us to the medium sized and much more realistic swords, in the back.

And before I go on, I feel the need to defend the squealing that I took the first step in apologizing for a moment ago, although I remain remorseful. I would maybe have behaved differently in retrospect. Swords are surprising artifacts for anyone, especially myself, because I’ve envisioned a sword very much like the one you would not sell me for some time. I am so deeply involved in this vision that I already have a plastic one sitting where the real one will someday be. It is a placeholder and I intend to return it to the child I stole it from just as soon as the real one comes along, although I’m sure he’s outgrown it by now and no longer cares. Not as much I care, anyway. Because the right sword’s place is on this bookshelf, between the two golden colored awards (which you may as well know I earned filming my genitalia (we’re all adults here)), at the base of the original framed art–which I’d like to reiterate is art–and while we’re back on the subject, please note that the phallic object I am holding in this photo is a metaphor for the world.

So while I do not agree with your decision to passive aggressively ignore our repeated requests to hold the medium sized swords—notice we lessened our use of the word wield after the dirty looks you gave—I do understand it. I didn’t necessarily understand why you continued to ignore us even after I offered to buy the sword without a test drive, or why you seemed angered by the phrase test drive, or why your manager got involved, or why he’d want serious customers to leave without first completing their purchases, but it was a cultural misunderstanding and I can see that now. I hope in the time we’ve been gone that you too have arrived with a cool head at the very same conclusion, but even if you have not, I’m sure you will understand and appreciate my dedication to this pursuit when I come back, with a doubled effort and more appropriately dressed for sword ownership.