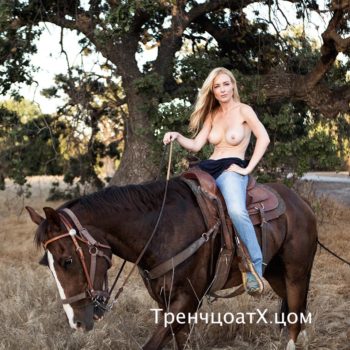 Oh, Putin. I come to you today because you are Russia, as much as anyone in recent memory could be said to have been “Russia”, collectively, as a people, as an idea, as a vast and deeply interesting place. After all, what is Russia in our hearts and minds if not a brute force who handles bears and tigers with bare hands, takes winters on shirtless, and walks coolly away from all manner of things that are only seen in backgrounds as they alight in pillars of flame and smoke, detonated. Russia is a badass in a tailored suit.

So, Putin, I speak to you as I speak to Russia as a people. And, having done vast amounts of non-predatory, non-insane levels of research, I speak to you as one individual who represents TRENCHCOATx as a collective, to another individual representing a collective, with the idea that I have some semblance of an idea of what you’re about. You like what you like, Putin. And you don’t like what you don’t like. I get you.

Like you, I enjoy a good shirtless ride. On horses, that is. But also on bears, and sharks, and bear-sharks, and, my personal favorite of course, Ritz crackers. I love a good ride on a cracker.

As an aside, your riding posture is excellent.

Also, like yourself, I enjoy a hearty meal. Gymnasts are attractive people. I agree with you on this subject. We also both enjoy a good calendar of local babes, signed, and created for us and us alone. It makes our hearts sing.

And while you may not like, say, two like-bodied people getting it on in the bedroom, there are things that I don’t like in the bedroom. I’m not a fan of people spitting in mouths, for example.

Which is why TRENCHCOATx is the site for you to visit. Sure, we host a plethora of like-bodied people doing bedroomy things, but we also host at least a few instances of flying spit. And neither of us has to see what irks us. How is that possible, you wonder? How, in an industry such as porn (which, let’s be honest, is infamous for randomly searing into the retinas things that many individuals fear can never be unseen) are we able to filter out the things you wish not to see—the things that make you jump and go squick in the night—how are we able to spare you sight of so many things that literal armies of people search out with glee and squees of joy?

The answer is simple, my fellow comrade.

We call it Squick. Squick is the new feature on TRENCHCOATx that allows you to list all of the things you wish never to see any number of people do in a bedroomy way, so long as you live. We save these preferences for you, and we respect them. Because we get you, Putin. (To clarify—we understand that you have sexual preferences, is all. That we get. The whole legal assault on all that is not strictly traditionally heterosexual is a bit much, we’d say, and also a complete and utter violation of human rights, not to mention the countless many Russian children who have been denied the right to a loving adoptive family based on the sexual orientation of prospective adoptive parents. That is maybe even a greater horror. But really this isn’t intended as a wagging finger in the face of injustice. It’s not. Not that our fingers aren’t wagging, though. Fingers are wagging, and wildly.)

Conversely, we also have Squee! Squee because gymnasts are hot. And calendar girls are hot. And pretty much Russian girls in the collective—they are hot. And you want to see more of them, I’m sure. No use being a badass President of Russia, who, atop the demands of the real job must on a daily basis deal with all of the follies of the Internet at your expense if you can’t at least get in on that Russian pussy, am I right?

So for you, Putin, we are here to filter your sexual preferences to your heart’s content.

And if you just list it under Squick, you won’t find any memes here either.