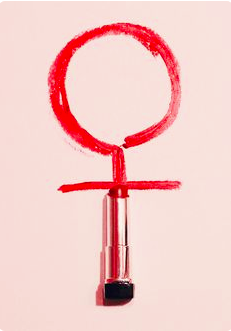 UnKrossed.com is a blog I launched back in 2008 in anticipation of the launch of my subscription website. I remember the night I came up with the name. There were dozens of candidates scratched on a napkin scrap at a restaurant, and for reasons I can’t explain I went with that one. UnKrossed. It may be as simple as the fact that the domain was available and I needed to move on. Or maybe I thought it was clever. I hope not.

Either way, UnKrossed began as a place to post rather inane musings, peppered with writing that occasionally mattered to me. In time, it became more of a sporadic log of how busy I became. My career in the adult industry had taken off, and, for reasons I’m still grappling to understand, I chose at that time to load some more college courses on top of it. Every weekend I was flying somewhere to promote something for some company I was contracted to, and every weekday I was remembering last minute that I had homework. I was twenty-three. In spare hours I’d either create content for my website or content for my blog. That’s what we do though, at twenty-three. We straddle education with career advancement and sleep when we’re drunk.

Eventually my schedule became too hectic and my posts to UnKrossed became erratic. They were often posts about having nothing to post about. Why did you read that? Maybe you didn’t. Maybe you were one of the readers who came after the fact, when I began only posting if there was something worth posting. But I was there all along, sometimes posting utter shit and occasionally posting what even now feels like a gem to me. One day, after I’d gone too many months without posting and with too many emails unopened, my blog disappeared. I’d built it on Blogger and they’d changed their terms and conditions. They weren’t excited about where my links led. Perhaps I should have read their emails. Or, perhaps they should have grandfathered my naughty links into their new system. I was traumatized. Years felt flushed down the toilet. Then a few helpful readers tracked down the archives and sent them my way. I relaunched the blog on a custom platform.

But by then I was only updating rarely, and for different reasons this time. For one, I’d begun writing a book. It wasn’t going to be just any book, either. It was going to be great. Which is why, eighteen months later, I trashed it. I started over. Weeks go by where I work on it every day and other weeks go by where it sits untouched and I let the thing percolate. A few attentive readers accused me of giving up on writing when the blog sat dormant. Au contraire, I said. But still you haven’t seen the book, so you’ll have to take my word for it. Maybe one day, if you’ll stick with me.

The other thing that happened was TRENCHCOATx. We launched the site in 2015 as both a collection of hand selected content and the exclusive home of the content we produced. It ate up time. Truth be told, it eats up more time now than ever. The blog was neglected, save a random post here or there when I had something really worth saying.

And those, perhaps, were my best blogs. I realize that now, having spent the last thirty days sifting through what will be, next year, a decade’s worth of content on UnKrossed. This year has been one of downsizing for me, and consolidating. I have a habit of taking on too many things and then wondering where the sleep should fit.

This blog, I realized, is important to me. It, along with TRENCHCOATx, is where my time will be spent when I am not writing larger things. Last month was spent shifting through the content on UnKrossed and deleting what was no longer relevant (or no longer what I agreed with), as well as polishing what was already there. And adding. I’ve thrown in a number of pieces that should have been on UnKrossed from the start, but for whatever reason were not.