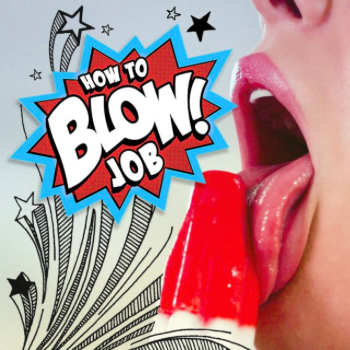 Pressing a long thumb against the base of his erection, he said, I’m sure whatever you do will feel good. That seemed reasonable, in my limited experience, though all confidence washed violently away as my tongue zeroed in on the head of his dick. Even in the shadowed yellow of that cabin lighting—the back passenger door flung open, my knees pressed in black asphalt—the details of that picture took a sharp and sudden shift into focus. Every follicle of stubble where the razor had run, every missed hair and raised bump, every nuance of color in the skin, every swell of every vein, the crude texture just behind the head, and most of all the hole that split the anvil at the top was clearly and disastrously reverted back to a place in my mind whose ultimate designation was never for the hot white reward of semen, but piss. That was a pisshole, plain and simple. The entire thing was just a long fleshy passage for piss, a tool for the release of waste product. The unsung end of a latrine.

I gagged on contact and threw my head sideways, sure I was about to hurl Sprite and French fries all across the asphalt at his feet.

Baby, he said, You’re doing great! Then he tried to ever so subtly guide my head back in the place he wanted it to be.

The fact is, we are raised to consider genitals one way for most of our lives, and then expected to magically treat them a different way once we reach some hallowed age. Research has shown that by age twelve we are gelled over in terms of what we consider is okay to put in our mouths. For example, spaghetti, when presented to adults in some rural tribes in South America, will cause them to hurl. Likewise, some of the food that they eat will present the same result in the very researchers running the tests. We like to put in our mouths the things that we are raised to put in our mouths, and genitals are not one of those things.

I think that’s why oral sex is often the last on the list of things we really learn to genuinely enjoy in adulthood: there is an extra set of hang ups to get past before we can relax enough to let ourselves go. Consider vaginal heterosexual sex, for example. It’s not too big of a conceptual leap to get a penis in a hypothetical vagina. Sure, one can have hang ups that stem from religion and societal pressure, but the pressure is to not put the penis in the vagina, with the implied understanding that the alternative is what we are programmed to do. Then there is good old-fashioned bodily self-consciousness—plenty of people have hang ups about how their genitals are perceived by their partners. Okay, so that’s two hang ups. But that generally tends to be where the hang ups end and the sex begins with vaginal intercourse. Technique does not generally tend to be a huge hindrance here—for women anyway. We don’t stress a great deal over whether we’re good at using our vaginas on a penis. We seem to implicitly understand that we’re good at putting our vaginas on a penis because that’s what they’re made for, and they do a lot of the work of feeling good without our lending any cognition to it.

Now let’s turn our attention to the oral stuff. You still have all of your societal/religious pressures (assuming you were raised that way), then—If you’re an average young adult who has newly ventured into the sexual realm—you probably are a little self conscious of how your partner will perceive you. Okay. Substantiated or not, it’s understandable. But with oral you have to get past the additional hurdles of self consciousness re: ability—how good are you at performing oral?—coupled with the rather strong reaction many of us have when putting our nose and mouth in direct contact with body parts that until that day were always regarded as places where toilet paper wiped. It can be a leap, getting past that.

In hindsight, that boyfriend leaning in earnest out the door of his Honda civic in that poorly lit parking lot probably really did think I was doing great. After all, a brush of the tongue to the penis is a huge upgrade from no brushes at all. That’s one of the great saving graces of sexual experimentation in your youth. They’re as idiotic as you are.

Well. It was about something fine indeed.

And relaxing is really the nutshell answer to all of this. You relax the tongue and the jaw for oral. You relax with your partner to come. You relax whatever concerns you have about societal pressure or bodily embarrassments or lack of technique or whatnot in order to get yourself there in the first place. And then from there it’s Pavlovian. I stopped gagging and started drooling at the thought of oral once I started associating it with exceptional sex. And it was in relaxing the focus on myself that I began the process of taking notes on what my partner liked. This fueled the cycle of even more exceptional sex. As with anything, it comes back to the wisdom of taking the focus off yourself and turning it to the world just beyond you.