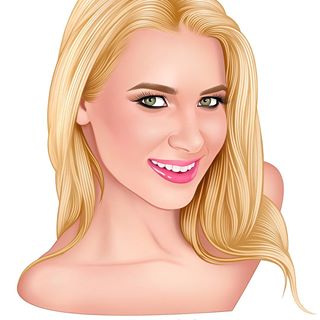 For decades, Porn Valley has gathered every year to attend the ceremonies of the three largest performers every year. AVN, XBIZ, and XRCO are the Triple Crown. Until 2009, no female performer had warranted enough attention in her scenes to win all three in a single year. Then Jenna Haze snagged the attention of fans and critics alike with a relentless string of hardcore performances that left contenders in the dust, taking the award for Female Performer of the Year at all three shows with her. Not long after, Tori Black followed in suit, becoming the second female performer to win the “Triple Crown”, and then, in 2015, Anikka Albrite became the third.

Ironically enough, part of becoming more sexually competitive now means that a woman who stands out is the one who can win awards for the heat of her double penetration scenes, but who can also carry on a pleasant conversation with your mother. In the age of social media, female performers must encompass all aspects of what it means to be a fantasy companion anymore. Anikka does. She is a gracious hostess, a thorough homemaker, a polite conversationalist. She can engage. Her interactions leave one with the feeling that she is the girl you want to date, and somehow, strangely, the same girl you want to fuck bent over a trashcan in the alleyway. Hers is the body you want to live out your dirtiest fantasies on, just before you both dress up nicely for dinner. And she can cook. One hasn’t truly lived until one has tried her homemade strudel. But that is also true of her blowjobs.

A welcome mixture of Danish, French, German, and Czech blood, Anikka was born in Arizona before moving to Southern California in her childhood. She likes to scuba dive, hike, and read sci-fi novels. On a free afternoon, you can find her sprawled across a lounge chair in the sun. Here it would not be unrealistic to imagine her skin possibly oiled up, or wet with sunscreen. It would be equally realistic to imagine she is reading about the Cold War, or stroking herself. Or waiting for the cookies to finish baking in the oven. Online you can find her in everything from hardcore fetish kink scenes to romantic comedies. She can ride a horse. She is well traveled and does her own stunts. And fittingly, each aspect of her life today draws fans to her as much as the potential for this life drew Anikka to porn. She wanted the sex and the freedom. 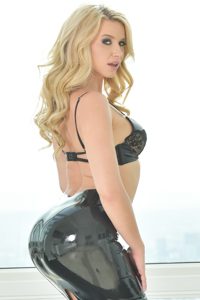