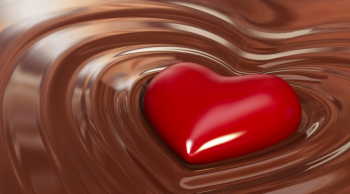 I hate Whitman’s chocolate right now because I had a box of the assorted ones sitting on my center console as the truck and I careened down the freeway, which one should never do, or at least never in LA. Everything about LA is irrational, and aside from the vegans who do yoga and snort coke on the weekends I’m pretty sure traffic here trumps all else. I will never understand how if there are no stoplights or accidents hundreds of cars at a time can find reason to simultaneously slam to a halt. What telepathic network am I not tuning into? I think the culture just glorifies petty drama here and it spills over into their BMWs.

Back to the chocolate buffet in the truck: it was a sampler, meaning I was breaking open every single piece looking for the holy grail of chocolate—that one piece that would be worth the calories. The box looked like a massacre had taken place. Cordial cherry guts were spilling onto chipped almond bits and staining the nougat. Little truffle heads were caved in, split apart, chewed through and left for dead. One arm of the wrapper occasionally flapped mournfully in the draft of the heater and the music blasted. Then the freeway stopped for no good reason other than the fact that I was still within city limits, and LA freeways are lawless.

Chocolate flew. Cherries and nougat and nuts. It hit the radio and the heaters and the dash and landed on my lap and under the pedals. I cursed baby Jesus and a few other deities as the last straggling pieces made sickening plops onto my feet and traffic began to move again.

There was no place to pull over and I felt the first pieces begin to squish and squirm under my flip flops. I realized the heater was melting them and flipped it off with a vengeance. Looking back, it’s possible that my vibrating anger was the real issue—that I was breaking them down with emotional radiation.

I pulled into a bank parking lot and threw the door open. Bite sized oddly shaped sticky balls of chocolate rolled out the door and I jumped out behind them. I left chocolate flip flop prints in little frantic circles as I shook them off my lap then turned back to the eye of the storm. It looked like a candyland nuke had gone off and flattened everything in its wake. I picked larger pieces off the pedals and carpet and threw them behind me. The security guard edged closer to try to make sense of the crazy little blonde girl throwing unidentified dark brown sludge over her shoulder out of giant truck. He could not.

By then my hands were covered in it. Chocolate fingerprints were on the door handles and later I found them on my tits and in my hair. The grooves of the floor mats were solidly filled with and I finally gave up and decided to turn it over to a professional. On the way to the carwash the freeway slammed to a stop again, and I almost died when the chocolate acted as a lubricant on the brake pedal and my foot slipped.