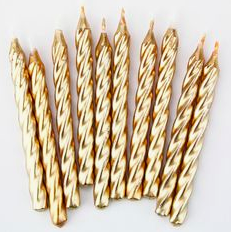 It’s my birthday. Or it was my birthday anyway. I got distracted and ended up blogging in pieces. I am disappointed either way. I feel like the intensity that I crossed my fingers with and made a wish on a candle about this time last year should have guaranteed a successful outcome, but clearly this has not happened because I’m sitting here in wonderment at the fact that yet again, I am another year older.

I don’t like this whole birthday thing. It’s a harsh method. Yes, I got to spend it in Hawaii doing Hawaiian things and doing them buzzed on Hawaiian drinks, but the concept of aging an entire year in a day still just doesn’t sit right with me.

I remember being 5 years old on the morning of my birthday and rushing down the hall because there were gifts and most likely an extremely unhealthy sugary breakfast waiting to reward me for merely staying alive long enough to mark off another year. I looked forward to ticking them off. Soon I would be six, and that meant bigger things and more freedoms. I had a bike now and the ways that could be topped the next year made my head spin. My mom laughed and turned to her friend and promised that soon enough I’d be wishing they’d stop coming and her friend laughed knowingly back at her and I thought there must be something deeply wrong with both of them because by the time you were turning numbers like 30 you were probably receiving gifts on a scale that I was not even aware of yet.

OK. I get it and it scares me that I can take some things from my mother’s perspective now. I started fearing birthdays around 18. I figured it would be best to stop there. But then I turned 21 and that was my new ending point. And then 22… 23. Now 24. Ewww. But this is it. I will not age another year from here on out.

The problem with this goal is two-fold. The first issue is that I have neither the supernatural ability to interfere with time nor the mental instability to believe otherwise (but I do keep trying to believe otherwise). The second is that I don’t think I have the attention span to stay my age for more than a year at a time anyway. I definitely would not want to be 18 again. Or even 21. They were both fun years but I don’t think they’d be fun as a repeat. It would just be fun to keep looking 21. I’m working on it.

By the way cardio sucks.