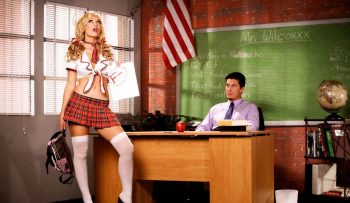 Spanish always gets the best of me. I dropped the damn class again. I know at the end of the day I’m just being a wimp but I really don’t like foreign language classes when there are so many other classes out there that I actually look forward to. The polisci class makes me giddy. The business law class is sadly accompanied by one very uninterested and monotone professor so that makes it less stellar but the book is pleather bound and that somehow makes up for it. The health class is a random stupid requirement but I don’t hate it because I’d have to work out anyway. These classes are all once a week. But Spanish…. There are problems with Spanish.

The first issue is the fact that this is the third time I’ve signed up and dropped it. The first time I just plain didn’t want to do it and the last two times I’ve still just plain not wanted to do it coupled with scheduling issues around it. Oh and I’ve never gotten along with a Spanish professor. They sense my distaste.

The scheduling issues are legitimate though. Foreign language classes require an ungodly amount of face time in class and when I signed up the second time it was a 4 day a week class and I was living in San Diego and working in LA and something had to give. Spanish gave. This time around I thought I’d be smart and get a Monday/Wednesday class at three hours running time apiece. Then I missed both Monday and Wednesday because I went out of town last minute and got scheduled for a bit part on a mainstream show the following Monday, as well as a trip to Paris for the Hot Video awards in October, which meant I would miss another Monday and Wednesday. I’m not a math major but I added it up and that seemed like more than the three allowable absences that were very clearly vocalized on day one. He said he would drop anyone who missed more. I just beat him to the punch.

On the bright side, all of these false starts have yielded me at least a C-level understanding of what’s going to happen on the first test. Me llama Kayden. Soy ventiquattro anos. Mucho Gusto.

So when the day comes that I actually stick to a foreign language class, I’ll have the slimmest of head starts.