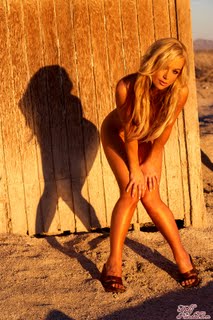 Rewind 8 months. I started working with a new trainer on referral, and unbeknownst to me, expectations had already been set. I just wanted to feel like I was working out, but a little bird had whispered in his ear that I really like to be pushed. Lies.

When I got there, the sign in the bathroom asked that patrons kindly clean up their own blood and vomit… granted, that was in the men’s restroom, but there was no women’s restroom. I was in over my head before the first dumbbell was dropped in my limp hands. Next thing I knew I was doing the GI Joe crawl between 60-second sprints on the treadmill and creating various ailments that would medically prevent me from what might come next. Between what I’ve led him to believe and what he’s put me through, we both find it rather odd that I’ve survived this long. Thank god for a job that makes me travel far far away from LA and his regime on a weekly basis. If it weren’t for that I’d either be eligible for fitness competitions or dead.

So that’s my trainer, the loveable dictator. He checks up on me with midnight texts inquiring on my sugar intake and cardio output. I lie to him so he can sleep at night. I can attribute the abs to him. I’m definitely stronger. I can even do real push-ups but get too winded because I whine the whole way through. But I haven’t lost what he calls “the gingerbread layer” and he’s acutely aware of this. He is on a mission.

So my phone rang at 11:15 this morning. It woke me up. I answered and he asked where I was. I was in bed. I asked where he was. He was at the gym. Why? Because we had an 11am appointment. He told me in a voice that should not be argued with to get my ass out of bed and get to the gym. I obliged. When I walked in I knew I was in trouble. He had his laptop out and a row of pill bottles and a cute little thing still in it’s packaging that looked like a nano pet. He told me to sit down. On the laptop was a detailed diet plan that mostly said things like “chicken” and “fish” and “vegetables”. I frowned. He pointed to the first bottle. Chewable vitamin C. I was instructed to take two of them a day until I felt 100%, and again every time I felt like anything was coming on. He pointed to the next bottle. Food-derived all-in-one vitamin capsules. One a day forever. I pouted. I don’t do pills. He pointed to the third bottle. Dried mushrooms in capsule form. Supposedly potent as immune boosters. I would never be sick again. I saw my excuses fading before my very eyes. I mourned their loss to myself. Then he opened the little gadget.

And that’s how I ended up with a pedometer nestled warmly in my Ugg boot. I was instructed to take 10,000 steps a day no matter what. I was told that the average American takes 2,500 steps a day and the average European does nearly 20,000 and that’s why we have an obesity epidemic and I’m sitting around daydreaming about French people who have dessert after every meal and then prance around in their size nothing sexiness. So he’s making me walk like French people but taking away the dessert that French people get as a walking reward. Simply unfair.

I’ve caught the bug though. I have a new toy. I parked further away so I could rack up steps. I did serpentines around tables at the restaurant to add more distance to my route out the door. I took the stairs. Every hour I dug the toy out of my boot to check my progress. It was slow coming to say the least. When I finally made it home at 11pm I still had 2,400 steps to go so I turned on an episode of Family Guy and walked the remainder until I hit exactly 10,000. I texted my victory to a friend who had bet $10 against me and then I texted my trainer. He will sleep well tonight, but the friend says that because it was technically after midnight when I hit 10,000 I’ve lost the bet. The jury is hung on that one. I just want to know where the fuck all the Europeans are walking to if I can’t even cover half of their distance with the aid of a treadmill.

I’m not taking the pills though. I don’t do pills.