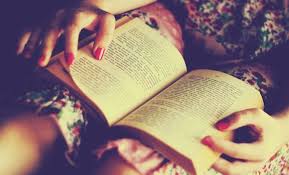 It started with a poster. It’s not a poster, it’s a painting, the sales woman corrected in irritation. I looked at it more closely. It’s a damn poster. It just looks cool because it’s printed on canvas.

I don’t really care either way. I just know it needed to be on my wall in all of its unoriginal glory. I whipped out my card and told her to wrap up my painting. She gave me a look that suggested I wasn’t the best home for it, that I was undeserving of such a fine piece. But I was the only home offering. I was the only home in the entire store for that matter. She ran the card. It’s not that I don’t love it. I just know that no artist’s brush has ever touched that canvas. A printer touched that canvas, and somewhere out in the world there are more like it, printer-touched in exactly the same way.

It made me itch for something original. I needed something with sweat on it, or at least fingerprints. I signed the merchant copy of the receipt and headed to the adjacent store. The place looked like some sort of spiritual industrial burial ground/reincarnation center, where small construction equipment and government discards circa 1950 go to die in peace, knowing they’ll come back as a one-of-a-kind $500 lamp to be proudly displayed in the middle of some artist’s raw loft downtown. The place is lawless. Finished pieces are stacked on top of pieces in the works on top of junk. Prices change day to day, spiking or plummeting by fifty or a hundred percent, depending on who’s working and whether he remembers the original price he may have quoted. Whether sales tax is tacked on to the final price is another matter of whim, and delivery is free, because the entire relevant customer base lives within walking distance of the store anyway.

As I walked through the randomly laid pieces in their various stages of completion I kept finding what I wanted, then finding something better and forgetting the thing before it. Finally I settled on the best thing, a refurbished locker-room bench. I had the perfect spot for it. The style would be seamless with the rest of my loft. As the employee and I discussed various price points that the bench might fall in I looked through the pile of junk to some of the finished junk in the back and saw an even more perfect bench, still from a locker room but refurbished with metal bars running underneath. I switched my negotiations to the new best-thing in the store and 5 minutes later was running out to grab cash for the purchase and meet him back at my loft to welcome home my new gym bench/unofficial bookshelf. As a rule of thumb in my loft, anything that can house books, will.

So that’s why I’m rearranging books tonight. I like to store them by genre and author. Toni Morrison has her own section, along with Orwell, Atwood, Bukowski, Faulkner, Steinbeck, Amy Hempel, Cormac McCarthy, and on and on. Then there is the section for short stories, poetry, periodicals, signed books, the political section, the economics section, biographies, the books that were so bad I couldn’t finish them, the books I have yet to read, and of course I keep my textbooks. I did this as a kid with The Boxcar Children and Walter Farley just as my grandpa did with every book that passed through his hands in nearly four decades of teaching. Old habits die hard and genetics die harder. I’m fighting both.

In my intensive rearrangement session I discovered a travesty. Every time I move this happens but I swear this last move took the greatest toll. I’m missing books. Lots of books. From Faulkner I’m missing “The Sound and the Fury” and “A Light in August”, from Atwood I’m missing “The Handmaid’s Tale” and “Oryx and Crake”. From McCarthy I’m missing “The Road.” I’m missing “The Book Thief” by Markus Zusak. I’m missing 3 out of 4 of my Dan Brown books but that’s OK because A: everything went downhill after “The DaVinci Code” and B: I know I’m missing those ones because I lent them out and C: Dan Brown is deeply overrated. I’m missing “The Hours” and that’s tragic, because the only thing I really appreciated about Virginia Woolf was the book that was about her, not the ones actually written by her. I feel like I’m eating lace when I read her work. “Orlando” is in the I-couldn’t-bring-myself-to-finish-it section.

I’m missing everything by Anita Shreve but the only title I actually remember was “All He Ever Wanted”, and I remember identifying too much with the female and feeling like the main character was a dumbass, and I don’t think that’s what poor Anita was going for. I guess it’s best that I don’t have that book. I had the “He’s Just Not That Into You” books, and I thought they were fine pieces of comedic genius. I loved pulling them out on friends. That era is apparently behind us now.

I can’t imagine how all of the books I don’t care about managed to survive the move. I guess I wouldn’t have noticed if they didn’t though. I have a book called “Dark Horse” that’s been haunting me for years. It needs to go. On an equally tragic note, I realized that I only had one book by Barry Hannah, and that one is in the top 5 on my list of all time favorites (It’s called “Yonder Stands Your Orphan”). A good friend gave me a signed copy of one of the first edition hardcovers for Christmas one year. That one will never fall victim to a careless move. Maybe I should stop moving.