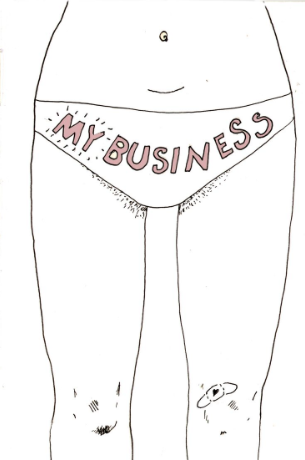 One of my favorite new things to read on twitter are leading questions demanding that I supply an answer for why I worked on camera with some races and not others. Statement/accusations/questions like these are chock full of dumb assumptions, chief among them being that I have to answer to anyone when it comes to my sexual choices, on camera or off, with other willing adult partners. But since this is such a hot topic for people who are not in any way a part of my sex life, and, strangely enough, people I’ve never even met, I would just like to lend the suggestion that the strangers in question do a little better with their research. I have worked with black, white, Asian, Hispanic, Eurasian, Cuban, East Indian, American Indian, middle eastern, race unknown/Hispanic, race-unknown/non-Hispanic, other/non-Hispanic, other/Hispanic, and decline to state. Some of these people had vaginas and some had penises. I did list these races off of a census list, so I would like to also add the disclaimer that there are likely races I may have missed, and this does not mean I didn’t work with a person of the race in question, but merely that I had a faulty census list. And furthermore, to the particular stranger who really just loves to try to jam me into a corner with third degree questions re: my past sexual partners, and, as it follows, my obvious discrimination against every single person in the world who I have not, as yet, fucked–I would like to suggest he kindly fuck off.