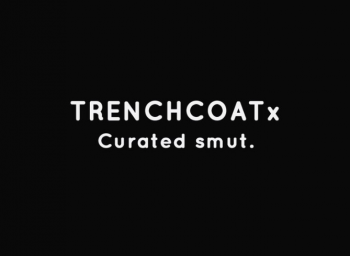 Don’t get me wrong—I don’t deny that one person’s body entering another’s in today’s pornography is a kind of sex. What I’m denying is that it’s the kind of sex people seek off camera. And of course I’m not speaking in absolutes—the moment I say with certainty that no one is giving milk enemas to reach new sexual heights in their private life is the moment I will be shut down by the couple who does and loves it. Yes, there are people who privately give milk enemas. Just as there are people who privately enjoy the piledriver position on Spanish tile in August in Mexico. I don’t know them, but I believe in their existence.

The people I do know are people who openly enjoy the simplicity of sex on mattresses in the sunlight on a lazy afternoon. They are people who think the jackhammering of male talent in recent decades against their female counterparts is not actually pleasurable. They think this not because it seems that way, but because they’ve tried it and found it to be lacking. They are people who like to explore sexuality, rather than mimic it.

And by no means am I saying that porn ought to be mimicry either. The fact that I like sex that is slow and face-to-face in the daylight does not mean that I only want to film that. What I like about that sex is that I can take the time to really feel it. It’s not so much the pace of the sex or the lighting or the realism of the people involved that ultimately determines whether I label a certain kind of content interesting or cliché, but rather a je ne sais quoi that whatever is on the screen has been crafted by taking the time it really takes to explore the vein of sexuality at hand. TRENCHCOATx was never created with the idea that we would be exclusively content creators, but rather with the idea that we would collect the content that seemed to have that unnamed quality that was most closely in line with giving a fuck, and then maybe once in a while we would create content about which we gave fucks too.

Whether we’ve succeeded or not is a question that is not raised and put to bed once. In terms of fair billing practices and the quality control that stems from attention to detail, yes I think we’ve succeeded, or are at least trending that way. We pay our performers fairly. We treat them with respect. We list them according to their names as opposed to their skin color. We’ve attracted a consumer base that appreciates such and agrees that it is fair to pay the prices we ask for access to content that they could likely steal, should the desire strike. We are creating more original content now than ever with the idea in mind that the sexuality exhibited is an exploration and not a factor of shock value. We are also bringing in more content from outside studios than ever, each piece selected for no reason other than it is good at what it’s doing—whatever that may be—and makes no apologies for it.

Whether that translates to a measure of financial success only time will tell.